The Pan-American Highway. It’s one of those once-in-a-lifetime road trips on many people’s bucket lists. For us it was the spark of the idea for our Grand Adventure. Doing the research we quickly realised that even though we are adventurous, we aren’t THAT adventurous. But we fell in love with the idea of travelling from Alaska to Argentina, following the west coast of the Americas as much as possible. We’ve chosen not to be slaves to the road but instead take excursions off the highway to explore more. A few special requests from family members were added in. We’ve made some choices whether to revisit places we’ve been to in the past or not. We’ve made some tough choices about whether or to skip some places altogether (sometimes choosing to heed British Foreign Office travel advice) or not. I’ve been delving into family travel blogs, visiting tourist agencies at the Destinations Travel Show and Mr P has been researching train journeys and road trips. In amongst the many bookmarks, pins, leaflets and word documents a plan has begun to emerge.

Writing this blog of our proposed trip is a way of setting out our intentions, to give people an idea of what we would like to do. We don’t want to be held to a strict timetable but instead pick places on the route where we expect to be by a certain date. We may have to do some booking in advance, especially when we are visiting places in high season, but, more often than not, we hope to have a fairly flexible approach. We welcome ideas and advice and would love to know your top tips and don’t misses.

So here it is, our very rough plan for six months of travel from Alaska to Argentina, starting in July 2020 and finishing at the beginning of January 2021.

After flying into Seattle from the UK we’ll skip up to Juneau, Alaska from where we’ll jump on ferries plying the Marine Highway south, exploring spots on the mainland and islands as we go. Into British Columbia and then down to Vancouver and Vancouver Island which Mr P cannot wait to visit. Back to Seattle where we think we’ll pick up an RV to drive south.

Washington State, Oregon and Northern California will be where we’ll visit some of the USA’s best National and State Parks.

San Francisco will be the first spot on our route which both Mr P and I have been to before, but we are excited to go back and take the kids (plus, independently, we both failed to visit Alcatraz on our previous trips, so we want to tick that one off!). 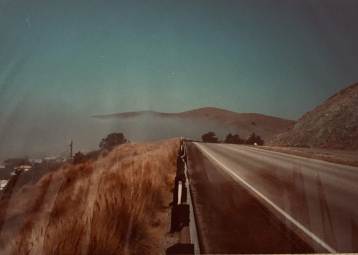 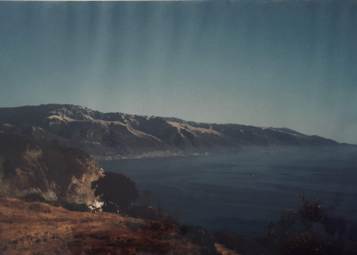 I’ve driven the PCH to Los Angeles before, but it’s such a glorious route I’m happy to revisit. We may spend some time visiting wine country while we’re here…all in preparation for visiting friends and family in Los Angeles. (We can’t turn up empty-handed!)

After Los Angeles we’ll leave the coast and head east to the Grand Canyon. This was Mr P’s special request. I’ve been before (the first place I ever went to where the word ‘awesome’ truly applied) but couldn’t deny him a trip here, even though it will be as hot as the inside of a sausage fresh off the BBQ. He’s also asked to revisit Las Vegas which we’ve both been to, separately. (I went on a work trip when pregnant with our eldest and really didn’t much care for it.) It turns out it’s probably the most convenient international airport near the Grand Canyon so it’s likely we’ll spend at least one night there. The kids will love the Bellagio Fountains and the Venetian. Maybe we’ll get to see a show too.

We’ll kick off our time in Mexico in Mexico City itself. When I was last there all the main cultural sights were closed (I think there was an election or public holiday or something!) so it will be nice to go back and see what it has to offer for families. Then we go to school. I’m currently learning Spanish in preparation for our time in Central and South America, and I’m hoping the kids will start learning Spanish later this year. I’m keen that all four of us attend a language school for two weeks when we’re in Mexico to get us as confident as possible with the language. I believe not only will it help us in getting around, but it will also help us understand more of the countries we’ll be travelling in. Speaking to locals in their own language will be a great way to learn about their lives and culture. The current plan is to attend a school in Oaxaca. It’s likely we’ll follow this with a week on the beach to relax!

After much thought we’ve chosen to skip Guatemala (Mr P and I visited in 2006 and loved it, but we’ve chosen not to revisit) and Honduras (we really enjoyed diving on Roatan – I would highly recommend a trip here). 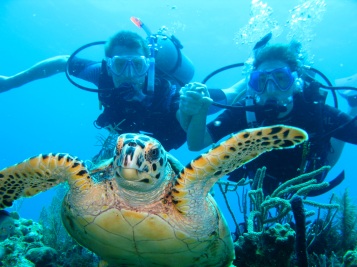 Diving off Roatan, Honduras in 2009

Nicaragua has been high on our list for a long time but unless the political situation changes there it’s likely we’ll give this beautiful country a miss. 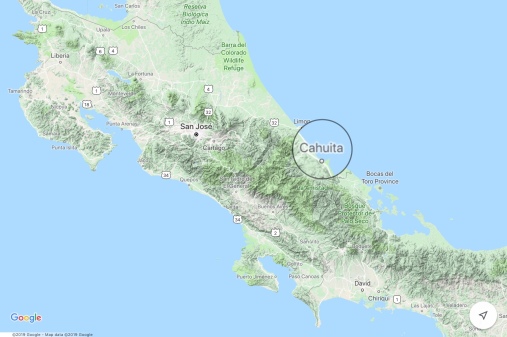 We’ll fly into Costa Rica from Mexico after about ten to eleven weeks travel. Mr P has wanted to visit Costa Rica for years and his request is that we ‘live’ here for a month. It will be the only country on our trip where we’ll take the opportunity to skip over to the Caribbean coast, so it’s likely we’ll rent a house near Cahuita. We’ll make excursions to key sites in the rest of the country while keeping a home base near the beach.

A quick trip into Panama to view one of the greatest engineering feats on Earth – the Panama Canal. 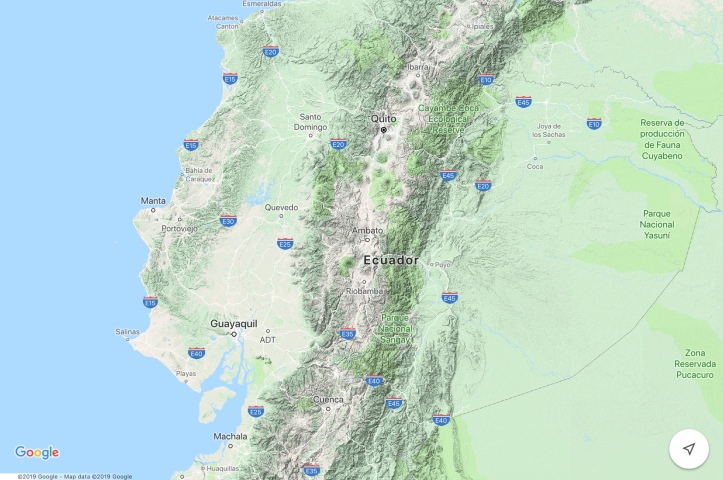 The keen eyed among you will notice we are skipping Columbia (much to the chagrin of my Columbian Spanish teacher). This has been a topic of much discussion, but for now it’s off the list. I’m not saying it’s definitely going to stay off the list, though I think Mr P has other ideas! Flying into Quito (probably) we can’t wait to explore lots of Ecuador. The 8yo has made a special request that we visit the Amazon on our Big Trip, so we’ve agreed to make a major detour away from the coast to make that happen. I’m not yet sure what else we’ll do in Ecuador but it will probably include volcanoes, hiking and generally enjoying the variety that this country has to offer.

Entering into Peru overland from Ecuador will mean we’ll travel through the slightly less visited north. A few days on the beach and some time in Trujillo will likely precede our arrival in Lima. From there we’ll join the Gringo Trail up to Cusco and Machu Picchu. I’ve been reading so many blogs about how to visit Machu Picchu with and without kids that my head’s in a spin. It’s been on my bucket list for years. I’ll address the practicalities nearer the time but feel free to throw your top tips at me! I’ll pin them for later. From here getting the train to Puno is the current plan, visiting Lake Titicaca and then on into Bolivia.

Not exactly sticking to our coastal route but travelling into Bolivia makes so much sense to us. I’m looking forward to staying in La Paz. Experiencing the Salt Flats and flamingo lakes is also high on our list.

Here we have some questions still. Should we travel in Northern Chile or fly straight into Santiago? We’re leaning towards the latter as there’s still such a long way to go and we really want to give Patagonia the time it deserves. Then, overland from Santiago, or fly to Temuco, or fly further south to Puerto Montt? Either way the next step from there will be to travel overland, across the border to Bariloche, Argentina, though I’m tempted to visit Chiloé Island for the penguins.

Bariloche will mark the start of our Patagonian self-drive adventure. We’ll collect a hire car then wend our way down to El Calafate via Esquel, Perito Moreno, El Chalten and all the other amazing places we’re meant to visit, crossing the border to Chile as and when the route demands.

It’s likely that within our six-month timeline El Calafate will be the furthest south we’ll reach. From here we’ll fly up to Buenos Aires where we can collect our thoughts before getting a flight back to the UK.

Have you done a similar trip? I’d love to hear about your experiences, especially how you handled tricky border crossings, home-schooling, pre-booking or leaving things till the last minute (can you tell I’m a planner?).

This site uses Akismet to reduce spam. Learn how your comment data is processed.

I'm an ambassador for Little Trekkers. Check out their great range of children's outdoor wear and inspiring blogs by me and fellow adventuring families. https://www.littletrekkers.co.uk/littletrekkersblog